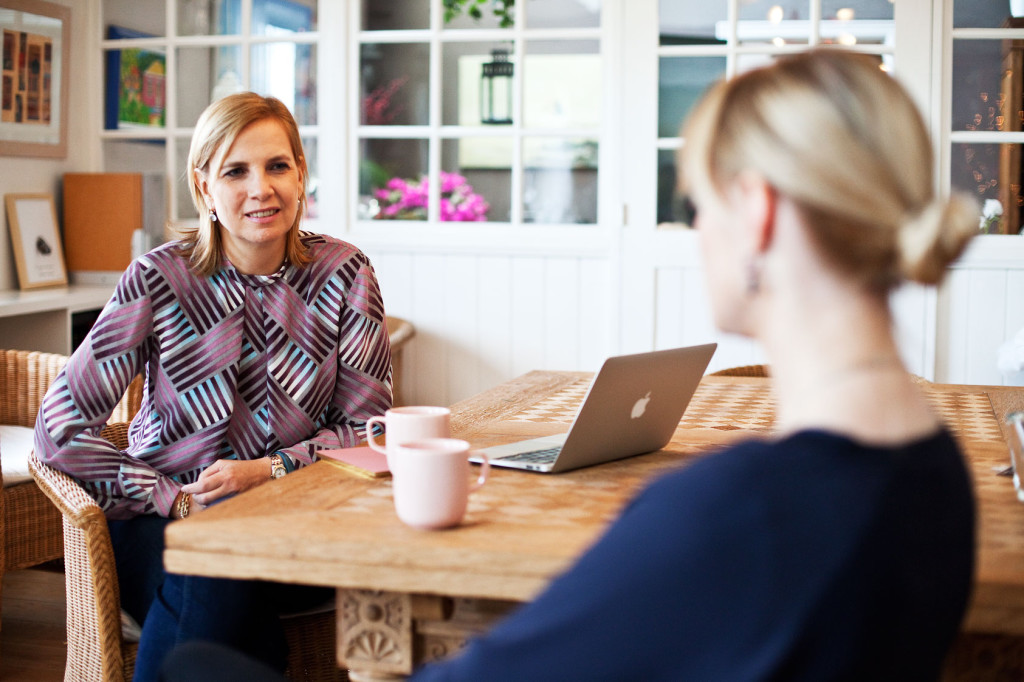 Even though I love positive feedback (in case you didn’t know, check out this section!). There are situations in which negative feedback is necessary. And when I say negative feedback, I mean telling somebody you do not like something they are (not) doing.

Many people find it difficult to give negative feedback, both at work and in their private lives. Of course there are some ticks and tricks that can help you to get better (and more about this next time!). But in most cases, we first have to work on our beliefs. Beliefs?

So let’s start by having a look at some beliefs that might keep you from giving good feedback. You might recognize some of them…

He must know he’s doing something wrong. It’s so obvious! How is telling him going to change that?
Well, he doesn’t have a crystal ball at home. Most people do not do something ‘wrong’ on purpose… Most of the time they think what they do is ok. And should he be doing it on purpose, like ‘testing the limits’, it’s up to you to give feedback that this is not ok or off limits…

If I tell her that she is doing something wrong she will be upset with me and I don’t like conflicts.
Maybe she’ll be happy and not upset because at least now she knows what you are expecting. Furthermore she might like the feedback because it means you are noticing what she is doing, it is worse to do you best, work hard and never receive any feedback. And last but not least: when people get upset when receiving feedback, it has often more to do with how it has been giving instead of with what has been said.

I will wait a while, the problem will sort itself out.
Every once in a while this can happen. For instance: somebody is arriving late consistently because they are having some issues at home but once this is over, they are back on time. Now if it doesn’t take very long, it’s probably ok. However, if things go on for a while, you might get more and more upset and start to focus on everything the person does ‘wrong’ and you will stop noticing what he’s doing right. And it’s very likely that, when you are finally going to give feedback, it’s going to come out more ‘aggressively’ than you would have liked/imagined… And even if it’s only a couple of times, this could have serious consequences… So you need to say something. Furthermore: what if they really don’t know they are not doing it right?

I will wait until the official annual evaluation (= work environment): that’s the time and place for feedback. I can then say everything at once. So much easier.
Actually: nothing of what you say during the annual evaluation should come as a surprise… It is supposed to be a summary of all the feedback that has been giving over the year. What are the 2 disadvantage of waiting for a whole year? First of all: if John does something wrong in March, and you’re only going to tell him in January (next year), he might keep on making the same mistake for 10 months, with serious consequences… And secondly: if John will have to listen to a list of 27 things (=big and small) he did wrong over the past year, he is more likely to get a bit defensive and not very open to what you have to say…

Now that I’ve given him the feedback, things will change.
Not necessarily. If you just gave feedback without having a real conversation, in which the other person can also express himself, it is possible nothing will change. Maybe he doesn’t agree there is a problem. Or maybe he doesn’t agree with the solution you proposed/imposed… It might also not be under his control… My point? Giving feedback is not a one-way-street. You give your ‘view’ of the situation and you are also willing to listen to the other person’s view. And… should he tell you he’s going to change and then he doesn’t, you should address it again…

If you liked the above, you can sign up for more Tips & Tricks here. Looking forward to hearing from you!
If you want to work more on your beliefs, I recommend my free mini-course ‘Don’t believe everything you think!’
If you want to improve your assertive communication, sign up for my online assertiveness course ‘Say the right thing, at the right time, in the right way!’

← The Parable of the Porpoise
The known or the unknown? That’s the question! →